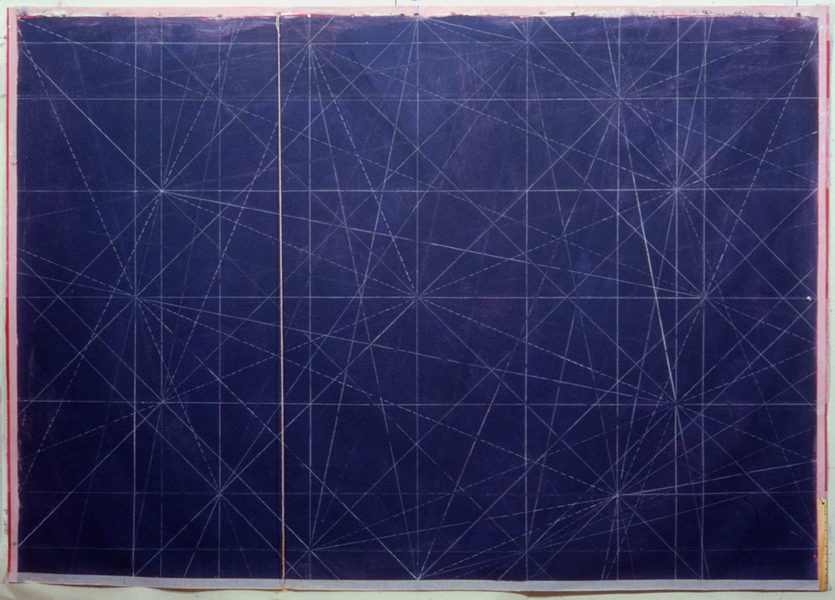 Bermuda was founded in 1609 when the Sea Venture was driven onto her reefs.

I think of the woman wading in, bunched skirt, held like a blown out
passenger air bag, as she eases feet into water clear as any glass slipper.

What with the maiden voyage dashed, and reefs drooling ocean, hungry as
a dragon, Sir George Somers needs a new move. Sea Venture lies on rocks,

one of many severed masts, hulls, like heaps of swords, shields from failed
knights-approaching Bermuda tricky. A ship’s shape, the eye of a needle,

must pass through thin turquoise threads, complex as any maze in hedged
English gardens. I think of a man rowing in, oars lift sea, wings of a bird

landing. Wigs bob in the tide like a fluther of jellyfish And a London
legislator holds words, bits of straw in the pen’s sharp beak, builds a

new colony from scratch. I think of a poet today following this story’s path,
starts out for a known, but is taken vay vay off, quo fata ferunt, finds the new.

I wrote this Sea Venture piece as I thought of poets writing about Bermuda. I thought of how the shiny tourist brochures under which Bermuda lay like a sunken Atlantis have been challenged and silenced. And I thought of how the writers are now strong enough to throw off the merely English manner of looking at the island: the multi watercolours that have watered her down.

Yet, she is still hard to approach. Hence, it is with great pride that I present these Bermudian poets to the Caribbean audience. Each has forged a voice strong enough to take them into their subject. Each one versatile enough in craft to know when to abandon ship, throw off the minutely mapped route.  And like the first arrivants on a miscast maiden voyage, find the place which is quite up to them now to define and to inhabit. Whither the fates carry.